This is a scary story. Originally aimed at real estate professionals, it has relevance for everyone who is selling their home. Let us all be aware that there are bad people out there willing to take advantage of all of us, any way they can. Kudos for Saskatoon agent Kari Calder for taking action and making this piece of skullduggery public.

By Carrie Brodi of REM magazine

Realtor Kari Calder has done everything right. An agent with Century 21 Fusion in Saskatoon, she created an attractive and searchable website and built a solid reputation in her community.

But last month her credibility was jeopardized when someone operating from across the world attempted to illegally offer one of her listed properties for rent. Posing as Calder, and armed with little more than a fake Hotmail account and a Kijiji ad, the individual cut and paste text and photos from a syndicated website and posted the home for rent on Saskatoon’s Kijiji website. The offer was too good to be true from the start.

“A large three-bedroom, three-bathroom double-attached-garage home for $1,000 per month including utilities is an unheard of deal in Saskatoon’s tight rental market,” says Calder.

Call it wishful thinking, but many hopefuls still called and some even visited the property, wanting to be shown the interior.

The ad caught up with Calder a few days after it was posted when she received a call from an interested renter who claimed to have been corresponding with Calder for three days prior.

“I am a busy Realtor, but not that busy that I wouldn’t remember having emailed this woman,” she says. Calder asked to see the emails. The return address was her first and last name at yahoo.com. It wasn’t unheard of to see one of her listings posted for rent on Kijiji, but the crime had been taken to a new level through the use of her name.

Shaking and livid, Calder’s immediate concern was for those who may have sent the requested wire transfer of a $1,000 deposit in exchange for – they promised – keys to the home. Her next thought was how this could damage her reputation.

“I said, ‘That’s it. We’re shutting them down. They aren’t going to gain momentum with my name because if they get away with it with me, how many other Realtors are they going to start impersonating?’” she says.

Calder took decisive action, posting a notice about the scam on her website and advising the homeowner to put a notice on her front door. She had the ad removed from Kijiji and notified the local police and the media. Still, people continued to call and visit.

One was Mike Bloomquist, a father who was excited at the prospect of moving his growing family into a bigger home. “I thought it was the break we were looking for,” he says. But as he began to correspond with the crooks, his suspicions grew.  “As I read further into their responses, the alarm bells started to go off. For example, they said the owners were in Africa doing ‘God’s work’ and kept talking about needing someone to trust with their home. They also said they had the keys with them overseas and I thought that was really strange.”

Luckily, Bloomquist went the extra step to find Calder’s phone number and verify the authenticity of the ad before going any further.   He managed to stay safe, but it isn’t known how many did not.

Calder says this kind of scam is a serious threat to the public and to Realtors across Canada and urges agents to act quickly if this happens to them – or risk serious reputation damage.

“If somebody has sent money and they don’t have a house to go to, they are going to start turning to us as agents, saying, ‘You did this to me’. People always need someone to blame,” she says.

It isn’t much use going to the police after the fact.

“In a situation like this, the police are pretty powerless to do anything,” says Sgt. Brian Trainor, retired fraud detective with the Saskatoon Police Service. “Fraud is a difficult crime to investigate because the perpetrator may be anywhere in the world. Many international frauds are unsolved because of this jurisdictional nightmare.”

Calder says technology is a double-edged sword: both helpful to the process of buying and selling homes and also a breeding ground for identify theft. She suggests watermarking photographs and even keeping the street address private.

“Ultimately, these criminals are only getting more creative and it is up to all of us to be vigilant,” she says. “We need to be good cyber citizens and alert people when we see these frauds. The honest people need to take care of the honest people.”

Your mortgage penalty may be tax deductible 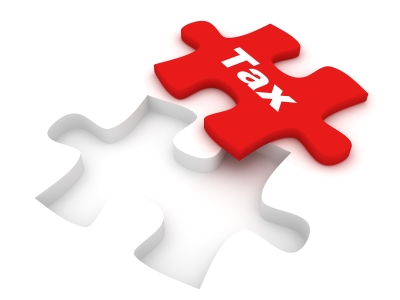 Maximizing their income tax refund is something most Canadians seem to be thinking about this spring. Combining tax time with the expense and stress of moving brings up a whole new set of questions, and it is common not to realize the potential of your refund simply by not being informed. There are constantly changes being made regarding eligible deductions, and being educated is necessary for such an important task. This article from Moneyville contains several examples of possible deductions you may not have considered.

If you are moving to reduce your commute to work by more than 40 km, the fees you incur by breaking the mortgage on your current home can be used as a tax deduction. Revenue Canada will also allow you to deduct moving costs, if you are moving to pursue full-time college or university studies. Costs associated with selling your property when you make this move may also be deductible. Commission fees and legal fees are two examples of this. As always, it is recommended to speak to your tax professional before claiming a deduction you are unsure of.

Reproduced from The Vancouver Sun.

Canada’s Big Five banks have rolled out rock-bottom mortgages at 2.99 per cent for the second time this year. Toronto-Dominion Bank, Royal Bank of Canada and Canadian Imperial Bank of Commerce and Bank of Nova Scotia followed Bank of Montreal’s lead this week in offering discount rates on a limited-time basis.

The mortgage rate cuts are the latest round in an intensifying battle for market share among the banks. Consumer borrowing is a key driver of bank profits but in the face of a slowing economy, demand for home loans has been slowing, compelling lenders to cut rates and surrender profit margin in the hopes of driving additional business.

But the rate wars come amid rising concern over record consumer debt levels. Critics argue that the banks should be encouraging households to reduce debt instead of taking on by buying houses.